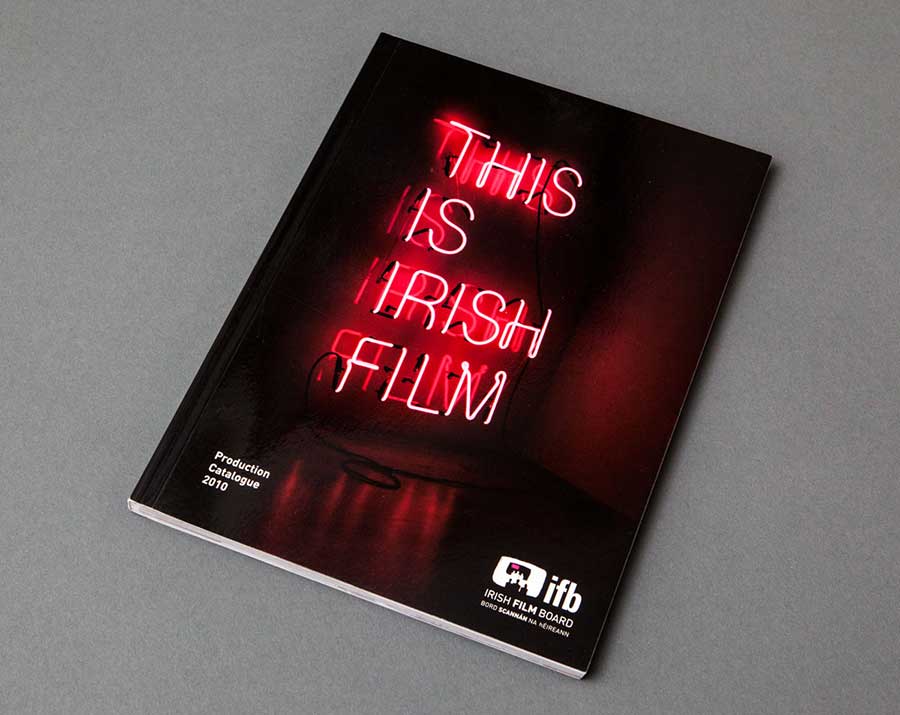 A former colleague in Red Dog, Brian Heffernan, was tasked to design the catalogue for the Irish Film Board’s yearly output, and he got me involved to produce the cover image. Red Dog had recently overhauled their identity and this catalogue followed in the same vein. Discussions about Photoshop and 3D illustration solutions ultimately ended up in a search for a neon sign manufacturer and a more authentic and flexible result was acheivable.

We considered powering this sign in the Wicklow mountains for the shoot, but that was scrapped, and as it was winter, a warm studio setup was much more preferable!

The catalogue was chosen for the 100 Archive, a community centred initiative to document and record the past and future of visual communication design in Ireland.